The Embryology Training Manual and Logbook is a comprehensive training manual that includes theoretical as well as practical modules.

Printed Versions are available to order as hard or soft-bound copies: 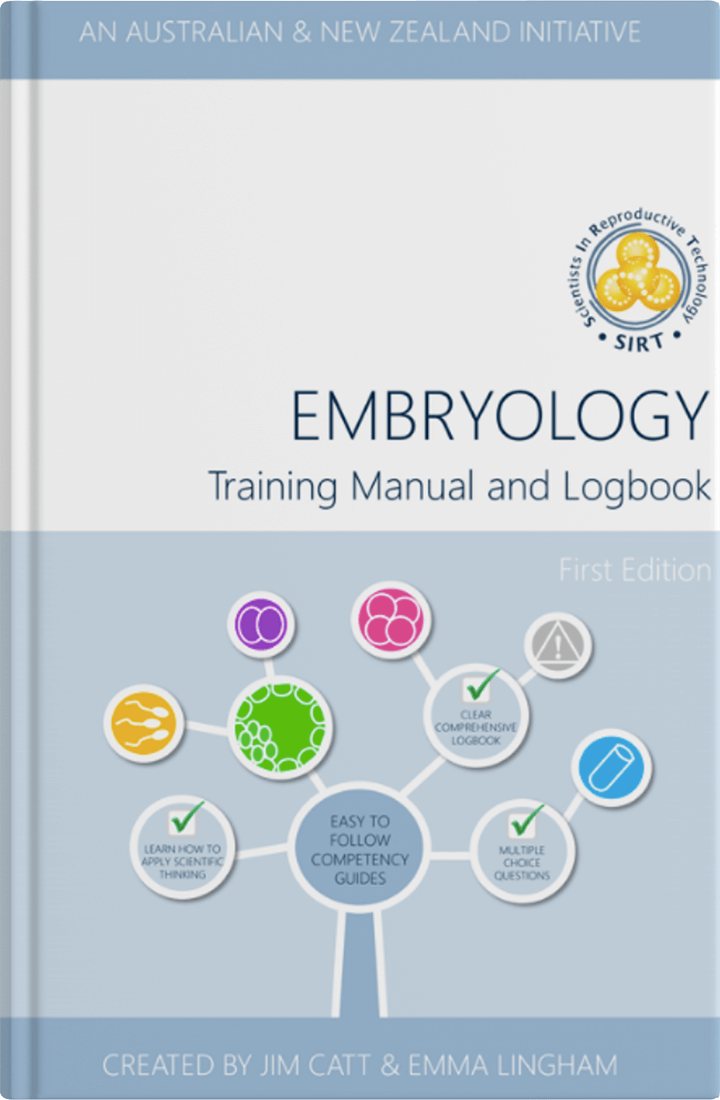 The development of the SIRT Training Manual and Logbook

A survey of SIRT members in 2010 regarding education, training and professional development indicated a strong desire for increasing professional recognition of IVF scientists in Australa. Conducted by SIRT education coordinators Dr Nadine Richings and Dr Sally Catt, the survey showed that embryologists in Australia and New Zealand wanted to gain and maintain high professional standards and be able to demonstrate this achievement through a more formal training and certification process. The education sub-committee, comprising Nadine, Sally and Jen Krapez, then began the process of introducing a training scheme, continuing professional development (CPD) program and certification.

The first step was for a project team headed by Dr Steven Fleming to review the exisiting SIRT logbook with the intention of transforming it into a professional SIRT Competency and Training Manual. During this review period, a CPD partnership with AIMS was initiated and the first APACE certificates were issued to SIRT members in 2012. The Competency and Training Manual then evolved into a professional document that could be used to incorporate training, CPD and certification. It was decided at the SIRT committee meeting on Rottnest in May 2015 that the combination of two tenders to produce the SIRT Embryology Training Manual and Logbook was desirable, and the project was awarded to Dr Jim Catt and Emma Lingham.

The first edition of the Embryology Training Manual and Logbook was released in 2016, thanks to the hard work by Jim and Emma as well as assistance from SIRT members and sponsors whose contributions make projects like this possible.